Social media has broken down barriers. Scary for introverts and others who like to write and hide the rest of the time. But over the years I've gotten better at conventions. I enjoy them usually...but things have been changing online and now I'm noticing it in person.

It is one thing to be friendly and share pics but everyone gets offended by stuff...And people act rude when they are offended. It's weird. You're being rude because something offended you? Damn, this is when I wish I lived in the Regency times. Manners--

Stuff that used to be opinion, is now something to be offended over?  I'm entitled to mine opinion, you have yours...no problem. This is America. If I have an opinion you don't agree with, you don't need to argue about it. It's not an insult that I don't agree.

It's building out there oddly...I was out of the loop for nearly a year with my dad's long hospital stay and his passing away between last year and this year. I wrote when I could and whatever the muse felt like because so much was out of my control.

Recovering from that death has taken longer...BUT as I try to get back. The market feels like a wild ride. I'm trying to figure out what to focus on (I love writing two genres). Then I had another opportunity out of the blue...that's another issue. But coming back to cons...

The author gave her one and when the reader left, the author asked me if that was expected.

I sighed...No, you don't have to give away free books. But some people are getting greedy.

Sorry, I said it. But so much out there is free that people expect free stuff. ALL the time.

Here's the problem...: When it becomes an expectation, people don't appreciate it. They expect it.

Later at the same con, I was at my table at the book signing and someone came up and asked if I had any USB drives? I was puzzled. No... Her reply was 'some authors put free books on those and give them away'

Yeah...okay, some do. but to go around asking for freebies? is she asking everyone? randomly? That's awkward and a little tacky (imho) It's not like I'd posted online "I have USB drives..." Nope.

We ALL like free stuff. I've been to plenty of RT conventions where Promo Alley and the Book rooms had long lines and people swarmed over good stuff. But that was set out there for that purpose.

All cons have free goodies, bags, and most authors have swag with them as well.

Don't get me wrong. IF you know me, you know: I love swag! 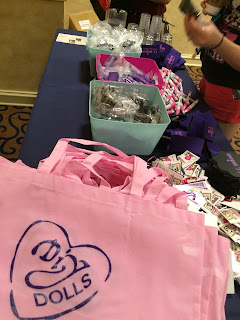 I have fun finding it, giving it away etc...But all this expectation is making me rethink the amount of swag / freebies. Especially when you see readers turn up their noses at some things.

Because if its all free-- AND then there is so much free stuff.

Is it having an impact?

Is anyone even looking at it?

We need to get back to good manners and it being about the stories...

You Have to Eat!

I drink on occasion. Half a glass of wine on a stressful day. A drink out with friends at a writer’s conference. Maybe two. I’m not a big drinker.

If I had to, I could never drink again. Wouldn’t bother me. Wouldn’t hurt my life or make me sad--really.

The problem is, you HAVE to eat. If you don’t consume some basic calorie content daily, your body will go into starvation mode. It clings to what you’ve got like it’s a famine out there…that actually makes it harder to lose weight.

So while other addictions can go cold turkey. No more alcohol, drugs, or whatever…(heck docs can help make detox easier). But there is no such help for people who eat too much… Not eating is against human nature. Food is necessary to live.

Maybe it’s just my perspective. If my thing were alcohol, I’d probably think that was the worst thing to kick. But we don’t need that to live. The next closest thing to food is probably drugs where a person is in real pain. How do you treat the legit pain and not give them a high? Or feed the addiction?

Well, I’m trying to figure it out but all I can do is work on me. Try to find a food plan that I can stick to that isn’t too difficult or expensive (all the cheap easy food is bad for you).

Posted by Unknown at 3:49 AM No comments:

No news here. Parents use kids. My dad did. If my mom had ever wanted to leave, and I remember one big fight. He threatened to keep the kids. She had no money. No power. No help. She couldn’t support the kids or hire a lawyer.

He threw it all in her face and made it very clear. It was his way or no way.

Wow….what an a$$. Sorry, the truth hurts sometimes. These aren’t divorced parents. They were married for 41 years.

My sister was in tears during that fight. I told her over and over mom wasn’t leaving. I’m only 3 ½ years older but it’s funny how with one kid, adults a lot of times forget kids listen to everything. I knew more. Had seen more. The parents hide it better later but I already knew. Mom had no alternatives. She wouldn’t leave her kids and dad got his way.

I feel bad. i feel guilty because she deserved a lot better than the way dad treated her. the way he modeled for us to treat people. He was so different in public than in private. It makes me sick to go that far back in my mind…no wonder I escaped into books.

Even historically, at least women were respected in some times. The regency era…Jane austen. It seemed like women were at least treated well but they couldn’t earn their own money or be independent. And they were ruled by their father, husband, son or even brother…they needed a man. So it was all manners…fake respect?

I guess there has never been a good time to be a woman. Maybe being overweight was a way to keep men away since I don't have good examples (first hand). Maybe food is just comfort? Of course I'd like the right guy but being financially independent--able to walk away if the guy turns into a jerk--that's critical.

We should all be able to take care of ourselves because if we CAN'T, then others can and may take advantage of it. I'm sure not all men are bad and not all women are good. Each of us suffers from our own intense up-close experiences
Posted by Unknown at 6:11 AM No comments:

Game of Thrones, Bullies, and Poptarts

Saturday was 2 months since my father died. I'd hoped to be writing or doing something useful/productive by now.

I can't seem to do that. There are legal things and family things. There is grief and another funeral.

But I've had time to think. To reflect. I need to fix things. Be better.

My dad was a good dad in Game of Thrones sense. he protected me. He provided for me. But he wasn't a TV dad...he wasn't involved. He wanted us to be safe and secure, not happy.

He was a bully...he had to have things HIS way. It was the only way. And that's why, I think, I'm having a hard time taking steps. Even writing, he didn't like that I wrote. When you live under the rule of bully or near one...when they're gone it's odd. You're used to measuring your actions in the reaction it'll get.

There is a void. Positive? In many ways yes. Then I feel guilty because he was my father and is dead.

My mother and I spent SO much time taking care of him. Getting him well...and he's gone.
Feels like a failure somehow but it's out of my hands.

So I have to rise, like a GoT lady whose father was struck down. Even if I'm eating Poptarts for my breakfast while I catch up on the show....(strawberry frosted if anyone is interested). I know, not healthy. Bad food choice.

Right now, I'm trying to find my new normal and my path. I know what I want to do but I'm wandering a bit until I get my strength back. A grandparent dying is one thing, but a parent is a new level of  shock.

I've been bullied most of my life for being overweight and introverted. It's horrible in the time but schools change...you go on to junior high and high school so some of the dynamic shifts. A family bully is different.

I need to untangle the bully mystery...

Posted by Unknown at 4:52 AM No comments:

When you can’t be yourself…

The food thing was about control. Sure…but it wasn’t just about big decisions. Someone in a family is going to be the money controller and the main decision maker a lot of the time. When it’s absolute and only one person, it feels oppressive.

But the other part of this, for me at least, is that I couldn’t be myself. I’ve mentioned being the black sheep and it’s true. I wish I could explain it. my mother tried sometimes but I just never fit in.

I’d make an intelligent joke and people would be confused. Or laugh at me like it was dumb. They didn’t get the references. Dad reinforced his ideas, ideals, and standards constantly.

When you can’t even be yourself, it’s hard to know yourself. I’m in here somewhere. Buried under decades of fat to numb and placate the real me who had to be repressed.

The hardest part is figuring out the real me. Peeling it away from the façade that survived in that situation. It’s about survival for a lot people a lot of the time. I’m not unique or special.

Posted by Unknown at 4:25 PM No comments:

I missed a couple of blogs...largely because of Mother's Day. It was my mom's first one after Dad died. I took her out to eat and ice cream after balloons and a gift card. I know that doesn't seem like much but then I had lunch with some writer friends Monday and I have a funeral to attend tomorrow...that is something I'm dreading.

I've been trying to write off and on since I returned from a writer's con in Atlanta...

That conference was a nice excuse to hang with some friends but I was disappointed in reader turnout and I got a great gift from a fan! 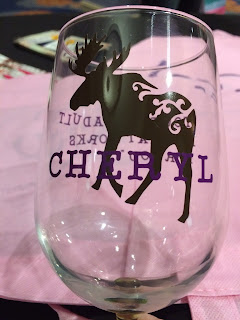 I know part of the problem is I haven't had anything new out...other than the YA and that con wasn't really drawing YA readers. But I spent money on things at the con and a few people showed up...while others had full rooms. So not the right event for me.

Luckily I'll be at a conference that is more all genre and PG friendly in June!

Posted by Unknown at 4:51 AM No comments:

Coping turns to addiction and feels normal. Change is hard when people watch your every move. Comment on things constantly. Even too much encouragement can feel like pressure==what if you fail??

It’s scary. But the scariest part about the food. About being fat is that it doesn’t work like the others…

If you don’t shop today, and you’re an addictive shopper—you’re clean for today! Yay you!

If you’re an alcoholic and you don’t drink, you’re sober!! Awesome!

Same with drugs. Clean for one day is clean…make it another day etc…

If you’re fat and you eat healthy one day…to the world and yourself in the mirror—you’re STILL FAT!
Posted by Unknown at 5:37 AM No comments: